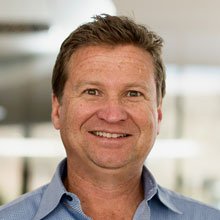 Dan brings an extensive background of more than 25 years of senior executive-level enterprise software and hardware development experience to the company. Before joining Mojix, Dan co-founded Connexive Inc. in 2009 a B2C data mining software company. Previous to that, he was the Chief Executive Officer of WhereNet, an industry leader in Real-Time Location Systems and Solutions, from 1997 until 2007 and served as Vice President and General Manager of the Wherenet Division at Zebra Technologies from 2007 to 2008 subsequent to Zebra’s acquisition of WhereNet in 2007. Dan joined WhereNet from enterprise application software maker PeopleSoft. At PeopleSoft he served as Vice President of Business Operations after it acquired Red Pepper Software, a supply chain advanced planning software company where he was co-founder and Vice President of Business Operations. During six years at Ernst & Young, Dan managed the group responsible for manufacturing and high technology industry services. He earned a bachelor’s degree in business administration from San Jose State University.